Make Up My Mind

I'd be happy to welcome you on board as a shareholder! 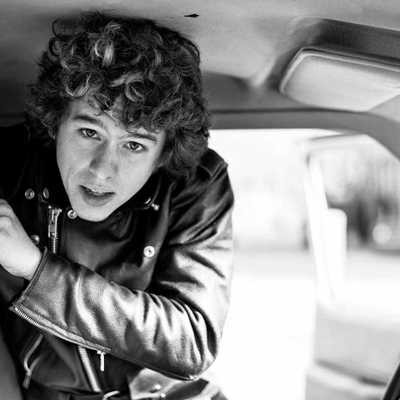 Hi, I'm Mads! I've been traveling across Europe for almost a whole year playing my music everywhere I go. Now I feel ready to take it to the next level!

As you know, streaming has become the biggest source of revenue in the music business, allowing many up-and-coming artists to make a living from their music. There is a huge market for acoustic playlists in streaming stores like Spotify, and I am determined to succeed in building a continuously growing fanbase of listeners in streaming services.

If you have a look at big Spotify acoustic playlists like "Afternoon Acoustic" with 2.5 million followers, you'll see the massive potential that acoustic music has in streaming stores. In "Afternoon Acoustic" you'll find acts like "The Paper Kites", "Mandolin Orange", "Wild Child". Never heard? Well, me neither but they reach from 10 million up to 140 million streams on Spotify! This is the potential and I believe I can reach this also with the right promo measures.

If you invest in my new track, the funds will be used for improving my production and paying the best playlist promoters in helping me reach my goal.

With your investment, "Make up my mind" will be distributed and marketed digitally worldwide.

I offer you to become a shareholder of my recording "Make up my mind". You will earn money for the term of copyright (average 70 years) every time the track is streamed or downloaded!

You will break even as soon as we have reached approx. 1.5 million streams. To make this possible, we'll do everything to be added to playlists like "Afternoon Acoustic". Remember: The acoustic acts that are added there reached 10 million streams and much more thanks to the power of those playlists.

You'll earn money every time the track is streamed or downloaded!

Mads Jacobsen was born and raised in Seattle, Washington and began their musical career on the streets of Pike Place Market at the age of 14. Not long after that they were playing Seattle's biggest venues with prominent acts such as Allen Stone, James McCartney (Paul's son), and Bobby Long.  In 2011, at the age of 17 they were showcased in More Music at the Moore Theater, and opened the Neptune Theater's first night ever. Since then, they have been continuing to write, record, and perform inspiring music throughout the world.

Mads Jacobsen was the first person to perform at the Neptune Theater on opening night with Bobby Long in 2011. He opened for Allen Stone at the Paramount Theater, James McCartney (Paul McCartney's son) at the High Dive, premier Johnny Cash cover band Cash'd Out at the Tractor Tavern, grammy nominee Amos Miller at the Triple Door, and Common Market at the Vera Project. He performed in More Music at the Moore in 2011, the Starbucks Reserve Roastery and Taisting Room and Ballard Starbucks. He headlined the Conor Byrne, Tractor Tavern, the Sunset Tavern with supporting acts Gabriel Wolfchild and the Northern Light and Whitney Monge, the High Dive and Love City Love with supporting act Tommy Dean. He performed in the Fremont Abbey Round with Moondoggies member Jon Pontrello, the Seattle Art Museum with Love City Love, the EMP, the Act Theater,the Nectar Lounge, Three Girls Bakery, the Josephine, the CanCan, the Parliament Tavern, Amtrack Snow Train, West Lake Park and Occidental Park for Gigs4U plus countless other venues throughout the country.