All you horror punks out there we come from any sematary in Panama(central america), it's time to let the world know about our existence. 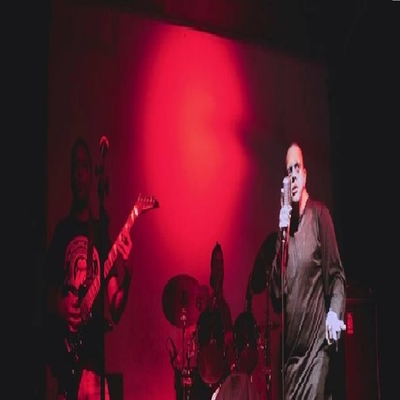 On April, 2010 I decided to continue my musical project(Degenerad@s) here in Panama. I gave the idea to a couple of friends of mine: Juancho(drummer), Migue Krishna(bass), and Lucho(guitar). We decided to start a Hardcore Punk band like non-other here in La Chorrera. Sad but true, the only gig we were offered was by our friend Chriss Malota at Noches Nebulosas. And which was also our drummer's go away party. Afterwards it took a couple of months to get a line-up set. It wasn't until March 2011 that La Melancolia de Don Quixote came around. Why La Melancolia de Don Quixote por la pasion de su amada doncella Dulcinea( Don Quixote's melancholy because of his passion for his everloving damsel Dulcinea) when I was in college I had to read again the gretest book ever, Miguel de Cervante's El ingenioso Hidalgo Don Quixote de la Mancha. I need it to do a band with this name and music deserved a band with this theme, the struggle of one man's love, passion, bravery in a woman's name. Our songs, many of them are about fairness and what is right for all.
So, I started practicing with another group of friends Edgar(bass,Greco, R.I.P), Luigi(guitar), Luis Pinky(drummer), and just 3 days of practice we had our gig thanks to Greco who played in another punk rock band Los Vagos del OI!(The OI! Lazies).From then on we've been acquiring a very positive response from the panamanian underground music/art scene. Last year, our bassist parted, but I didn't want to bid farewell, so I got other musicians, Pedro Leatherface, Dani Voorhees and me The serial killer Nun(Medulla Oblongatta) and until today we've struggled and will keep on struggling 'till our last scream.