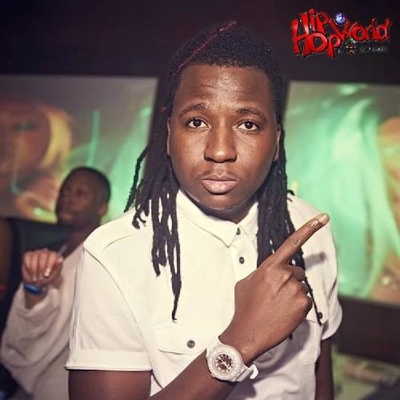 Real name Carl Chinegwu, but his friends and fans call him rudebone, which resulted from the bravery of his heart and slim fit nature. He was born on 27 September, in Festac Town, Lagos, Nigeria. Attended Nazareth primary school Festac Town, Kings College Lagos and University of Nigeria Nsukka where he got his Bsc Degree in Public Administration.
In December 2013 he was awarded an MSc in Management at the Robert Gordon University, United kingdom. With his education Background, knowledge and experience of the music industry, he intends to float his own record label in the nearest future with the aim of helping young talented independent artiste like himself and delivering good, inspiring and entertaining music to the world.
RudeBone started entertainment back in Kings College where he was the best brake Dancer in his set. He also represented his school at all social events. He started singing and recording his own songs so he could dance to his own tune. He is an energetic stage performer and entertainer.
Rudebone’s music is influenced by Afro-beats and Dancehall genre of music. He also listens to songs from variety of musicians globally.
Rudebone has released a couple of songs and he has invented his own dance steps called the 'Dance Tapa' and the brand new 'Chinkuzzy Dance' which is fast becoming a trend in clubs and fun places all over the World.


Rudebone made a musical video to his song Called “Bad guy” on the popular Overproof Riddim produced by JA Production and mixed by kunsept. The video was shot in Edinburgh, United Kingdom and it was directed by Justice John .
By popular demand from his fans across the world Rudebone just released a video for his very entertaining song called ‘Rubbish’, which as over 25,000 views on YouTube.

Rudebone recently bagged the award for unsigned music act of the year 2013/2014 at Prestigious Award United kingdom. And he is also nominated for the Nigerian diaspora Artiste of the year at the Btv Music Awards holding later this year.