Yo no soy tu chica

Find my song on Spotify! 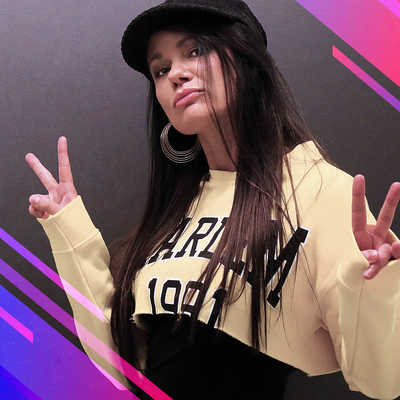 In her video, you can hear a preview of the Song "Yo no soy tu chica" or you can go to streaming platforms such as Spotify, and listen to the full track.

​I am offering you Royalties from the commercial exploitation of the Master Rights from the final production of my Song "Yo no soy tu chica". This means, every time the track is streamed, downloaded, compiled to a CD or licensed to a third party, you earn money! And this for the next 70 years!

The minimum share is 0.0125% of future net royalties for 2€. Of course, you can choose a higher amount of shares, if you wish, up to all available shares. Then we will have to reach together approx 2.6 Mio of streams on Spotify, so that you break even. For comparison only, Loreen's "Euphoria" has reached 120 Mio of streams on Spotify until today, and Ed Sheeran's "Shape of you" is currently at 1.617 Mio streams on Spotify! This is the potential! Let's go for it!​

Camilla North is a singer-songwriter from Norway with a unique voice. Her music blends organic acoustic sounds in an electronic atmosphere where the piano is the lead instrument. She's mostly known for her ballads, with lyrics touching upon life experiences and dreams.  The media in Norway and Britain have been touting her as one to watch.

Camilla was born and raised in Bergen, and studied music at Langhaugen upper secondary school. After this she went straight to Bath Spa University in England where she completed a BA in music and an MA in Songwriting. When she came back to Norway she continued her studies at the Grieg Academy of Music in Bergen where she got a PhD in Music.

In 2016 Camilla released the singles "Just Breathe", "Unloveable" and "Notice me" and secured airplay on several radio channels in Norway. She has also competed in several competitions, winning the English vocal competition ‘Battle Of The Vox’ and the iLod songwriting competition in Norway. She has a lot of experience on stage, and has played most places in Bergen, Oslo, and the UK.
Camilla has also proven herself as a songwriter for other artists both in Norway and other countries. The song "Deja Vù" who was recorded by the girl group F(x), reached number 1 on Billboard's album chart.