Become part of our new Single and profit from it for the next 70 years! 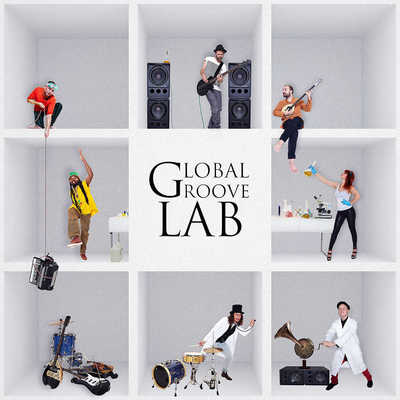 We believe that music has the power to unite people from all over the world, different nationalities and cultures. Our band consists of musicians from all over the globe, we embrace this cultural variety and combine different musical traditions in our new Single.

“Fight for Earth” was inspired by current political situation in Syria and Yemen, all the bombings that sometimes barely make the headline here in the West. We often feel detached from it and forget that nevertheless these events affect all of us!  Why refer to certain countries as the “3rd world”, when there is only one planet for us to live on? The second half of the song reminds us that besides taking care of the people, we need to take care of the planet itself - before it is too late.

While the melody is influenced by Eastern European music, a cool hip hop beat ties it all together. World sound meets Pop. It defines very well what we do and the message we would like to spread.

Why become an Investor?

By investing in “Fight for Earth” you are involved in the production of our song. For the next 70 years you will receive royalties every time the song gets streamed on a platform like Spotify or Deezer or downloaded from iTunes or Amazon or even if it is used by a third party (for ex. in a film). Help us turn this song into a hit and profit together with us. The money you invest in our single will be used to cover studio and mixing costs and of course promotion as well. In other words: you will help us spread the message of the song all over the world!

Becoming part of our project is extremely easy and doesn’t take long. At the bottom of the page you can find our offers – check them out and decide how much of our song you would like to own. Payments can be made with VISA, MasterCard, CB, Maestro and SOFORT. 3 month after the release date of the song the song, you'll receive monthly royalty statements on the dashboard of your account.

Buy a part of our song for a loved one or a friend. You will get a certificate with their name and the amount they own. You will make them the gift for a lifetime – at least for 70 years!

60% of the Master Rights of our Single are up for grabs! One percent (1%) costs 80€, you can own as little as a quarter percent (¼ %). That means you can invest as little as 20€ or as much as 4800€. Please note that for payments exceeding 2.500 €, an additional authentification (upload of passport) is needed.

You'll earn money every time the track is streamed, downloaded or licensed to a third party​.

“Music can unite, something what human beings are not able to do on their own.” ‐ Indie News

It all started as a multi-cultural platform and jam session led by a Russian born violinist Pavel Shalman. It involving musicians from all over the globe: India, Brazil, Macedonia, Nigeria, Ukraine, Venezuela, Bulgaria, Morocco, Trinidad and Tobago, Turkey, Hungary, Serbia, Georgia, Russia, Palestine, Tunisia, Bosnia and Austria, eventually leading up to the formation of the 7 piece band Global Groove LAB.

The band gets its sound by breaking all the stylistic rules, using elements from the Balkans, Reggae, India, Africa, Latin America, Rock, Jazz, Pop and even Classical music. The texts are critical of society, political, but also about the finer things in life. In 2016 Global Groove LAB released their debut album “I’m a Stranger”.

Some of their highlights were Sunbeat Festival in Israel, Saalfelden Jazz Festival, a German tour, as well as many smaller festivals and concerts in Austria. The band was nominated for the Wiener Mut Award and last year also received a tour support grant from Musikfabrik Niederösterreich.