Out of the twilight

Hi music lovers! if you want me to represent San Marino at the ESC 2018, then vote for me by becoming a shareholder of my track! 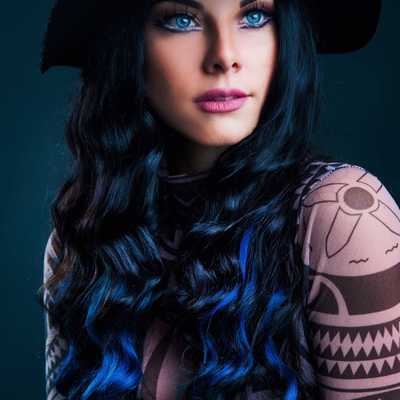 For the first time in history, you had the chance to become part of a Eurovision Song and earn money from every stream and download for 70 years! If you invested in my track, you also voted for me: The candidate with the highest funding until 3.03 received the highest number of points in the public vote.

This is Sara De Blue, and she participated in San Marino's national finals for the Eurovision 2018!

Her song "Out of the Twilight" is now ready and you can listen to it on all streaming platforms!

​I am offering you Royalties from the commercial exploitation of the Master Rights from the final production of my Song "Out of the twilight". This means, every time the track is streamed, downloaded, compiled to a CD or licensed to a third party, you earn money! And this for the next 70 years!

The minimum share is 0.0125% of future net royalties for 2€. Of course, you can choose a higher amount of shares, if you wish, up to all available shares. Then we will have to reach together approx 2.6 Mio of streams on Spotify, so that you break even. For comparison only, Loreen's "Euphoria" has reached 120 Mio of streams on Spotify until today, and Ed Sheeran's "Shape of you" is currently at 1.617 Mio streams on Spotify! This is the potential! Let's go for it!​

​Blue eyes, blue hair, and a mystic blue voice are features of the austrian singer Sara De Blue. The sound of her voice is often compared to a sound of a violin.

Sara is writing and producing songs, she also plays the piano, drums & flute. She loves paintings and everything with art.
She studied jazz vocals, dance, acting at the tyrolean conservatory. She also passed a Bachelor study in Music & English at the pedagogical high school in Innsbruck. At the moment she is teaching at a musicschool and is finalising her Bachelor study in Jazz Vocals at the „Anton Bruckner University“ in Linz/Austria.

Here are some facts:

•    When she was a child, her mother (also a singer) inspired her with listening to music of legends such as Michael Jackson & Whitney Houston, from that moment on she wanted to be a singer.
•    Her singing career started at the age of 13, where she was playing in different bands and won a few band contests.
•    Sara was one of the 30 finalists of the famous german TV Show „The Voice of Germany“
•    She was the first woman to sing the new national anthem @ the Youth Winter Olympic Games in 2012 in Innsbruck.
•    Sara reached the 2nd place at the International Home Composed Song Contest with her written song „Can`t Stop“
•    She was a Eurovision Songcontest Wild Card Nominee of Austria in 2016 with her song „Closer To The Sun“
•    Her Song „Walking On Water“ (Austrozone) reached the Top 3 on the Ö3 Album Charts.
•    She sang in a few austrian TV Shows like: ORF „heute leben“, ORF „Guten Morgen Österreich“, ORF Frühstücksfernsehn, „Puls 4“, ORF „Licht ins Dunkel“, ORF „Tirol Heute“, Ö3 Weihnachtswunder,
•    She is the voice of the ING DIBA commercial spots (German, Austrian TV)
•    Sara also was a feature & Fm4 Headliner & Closing Act of the international famous Drum & Base and amadeus music award winning Duo „Camo & Crooked“ at austria`s biggest „Donauinsel Festival“ & „Puls 4 Game Changers“
•    Did a music video with austria`s most famous ORF comedian „Robert Palfrader“
•    She opened the worldwide famous TIMBERSPORTS WM, Bob Skeletton WM (also sang the official song)
•    She was a background dancer at the Popstars Band „Preluders“.
•    Showact of Miss Austria 2017, Miss Online, Miss Tyrol
•    Ski Welt Cup Lienz 2009 und 2011, 2013, 2015
•    Red Bull Dolomitenmann Lienz 2010 und 2013 auf der Ö3 Bühne.
•    Brandon Rossi & Omar Grant from (RocNation Label Jay Z) replied to her demo`s and said that they were interested in a collaboration.
•    Sara is a twin, so 2 personalities: one is Electronic/Pop (Sara De Blue) and the other one is Jazz (Sara Koell).